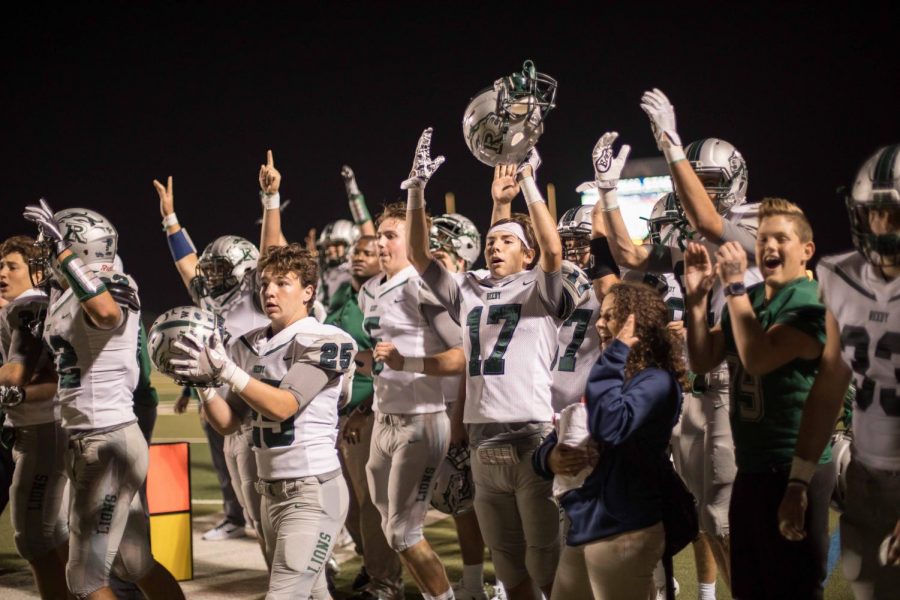 “Beating Independence started the whole season off right and really gave us a great start,” varsity running back, Justin Gipson said. “The Wakeland game definitely was an eye opener for everyone, establishing that we are here and we are ready to play.”

Gipson is one of many players who have contributed greatly to Reedy’s success, holding the most touchdowns and total points in the district.

Reedy has remained undefeated, winning each game by an average of 19 points, until the recent Lone Star game, Nov. 3, where they took their first loss.

“I think the Lone Star game was a good show of adversity for us,” varsity quarterback, Josh Foskey said. “We’ve never lost a big game before. Although it was tough, they didn’t take away our confidence.”

The team’s head coach, Chad Cole, said his strategy is to simply teach the boys to do their best and get better every day.

“The most significant part of this season has to be how we’ve become a more balanced team throughout the year,” Coach Cole said. “Lots of guys have stepped up to the challenge to make that happen.”

The student section is led by seniors Alyssa McGowan and Jake Meyer. The two lead the crowd in chants and keep good energy going to carry the team throughout the game.

“I was interested in creating the students section because every other school in the district had one,” McGowan said. “I asked Jake if he wanted to lead it with me, because he is pretty much Reedy sport’s biggest fan. It’s really cool to see everyone come together as one pride and cheer for our teams.”

The first round of playoffs will be at the Star, Friday Nov. 17 against Lake Dallas. Coach Cole plans on maintaining the team’s current mindset and practicing like it’s just another game.

“Our goal for playoffs is to just go as far as we can and to have fun.” Foskey said. “For the seniors, it’s their last year playing, so we need to end it with a bang.”