How does the electoral college work? What is democracy? Should it be questioned? 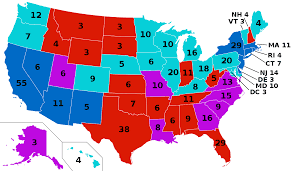 As we exit election season, it’s essential to take a step back and view our election system as a whole. Is our electoral process efficient enough? Is our government considered a democracy? Do we really have a say in how our government runs?

Our government is a controversial topic, as is the infamous electoral college. Many often question how the electoral college works and if their vote does actually count. I can tell you that your vote counts. The electoral college is composed of electors in each state or district that vote for the president. The electors that vote are based on the popular vote in each state. For example, Texas voted republican this year, which means that the republican electors will be the ones to vote on December 14. This shows how your vote determines which electors will be voting in the presidential election.

But how is this democracy? This topic is often debated, as definitions of democracy may differ depending on who is asked. According to Merriam-Webster, the most popular definition of democracy is “government by the people,” so wouldn’t that mean that elected officials are chosen directly by the people? According to some, this is an incorrect or incomplete definition. According to Merriam-Webster, the second most popular definition of democracy is “a government in which the supreme power is vested in the people and exercised by them directly or indirectly through a system of representation usually involving periodically held free elections,” which would portray America as a democratic government.

The argument from the Democratic Party is that the people should vote for who governs them, as they will be under their rulings for four years. The Republican party’s argument is that if the election was decided by the popular vote, then cities would decide who is elected, rather than having rural areas be heard. To dissect their argument, they say that the areas with the most people, mainly urban, democratic areas, would decide who leads our country. But is that not the point? If our elected officials were decided by the popular vote, then everyone’s votes would be equal to one vote, no matter where you live. Yes, more people live in urban areas, but do their opinions not matter just as much as those who live in urban areas?