How the Girl's Basketball Season is Going 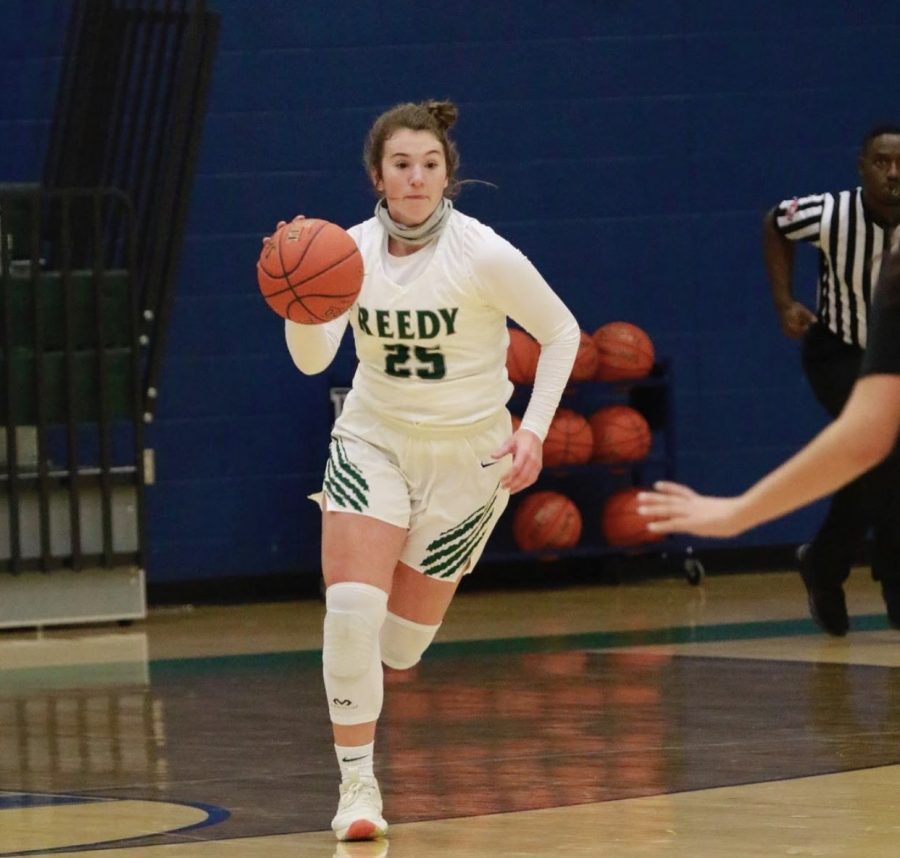 The Reedy Lions Girls Soccer team has been kicking butt on the field so far this year. As the team approaches the halfway point in the season, many have been reflecting on their season so far.

“The season has been challenging in many ways,” Girls Soccer Coach Michael Khoury said. . “Aside from just the new procedures and routines for the players, we started district play earlier than usual to make sure we get the games in, and our district is one of the best soccer districts in the state.”

Despite the perceived and expected challenges the 2020-2021 season has displayed, the team has been resilient.

“I’m really proud of the players and how they have handled all of these challenges,” Khory said. “[They’ve] put themselves in the best position to succeed early.”

While this season has been challenging, our Reedy Lions have managed to be ranked very high.

“We have played seven games and won five of them and tied the other two games,” junior Sofia Ponce said. “We are currently in 1st place in the district.”

While the team is first in the district, they are still looking to improve from each game to maintain their status.

“It’s one game at a time right now. We are just thinking about the next game,” Khoury said. “After every game, we’re looking at ways to improve so that we’re playing our best at the end of the season. We always want to score more and give up fewer goals, so that’s what we work on most.”

Though they’re improving, Coach Khoury still has much to say about how well the team has performed thus far in the season.

“They’ve done so many things well [and] the players are just incredible people,” Khoury said.  “The team atmosphere from the JV to Varsity is really good and something that we’re doing well. Soccer-wise, both the JV and Varsity are finding different ways to win games, and those lessons are important and will continue to be as we progress through the season.”

For every athletic team, each member plays their role in contributing to the success our Lions have accomplished.

“For me, I am playing the attacking mid, which means that I am involved and play a lot of the time,” Junior Rachel Buckle said. “I would say that I communicate a lot on the field, and we are all very inclusive and welcoming, so I think our team chemistry has been great this year even though we have a lot of new additions.”

Each of the team members has also experienced their own, personal accomplishments throughout the season.

“For the school soccer season, I would definitely say my header goal in the season opener against Lonestar,” Buckle said. “For myself personally, I verbally committed to Elon University to play D1 soccer this year, and I couldn’t be more excited for it.”

While this season has brought many achievements so far, the team has much more to look forward to.

“[I’m] Just excited to see where it goes. This is a special group of kids with the ability to do some special things,” Khoury said. “If we can continue to be able to play and have our full squad healthy and fit, I like our chances against anyone.”